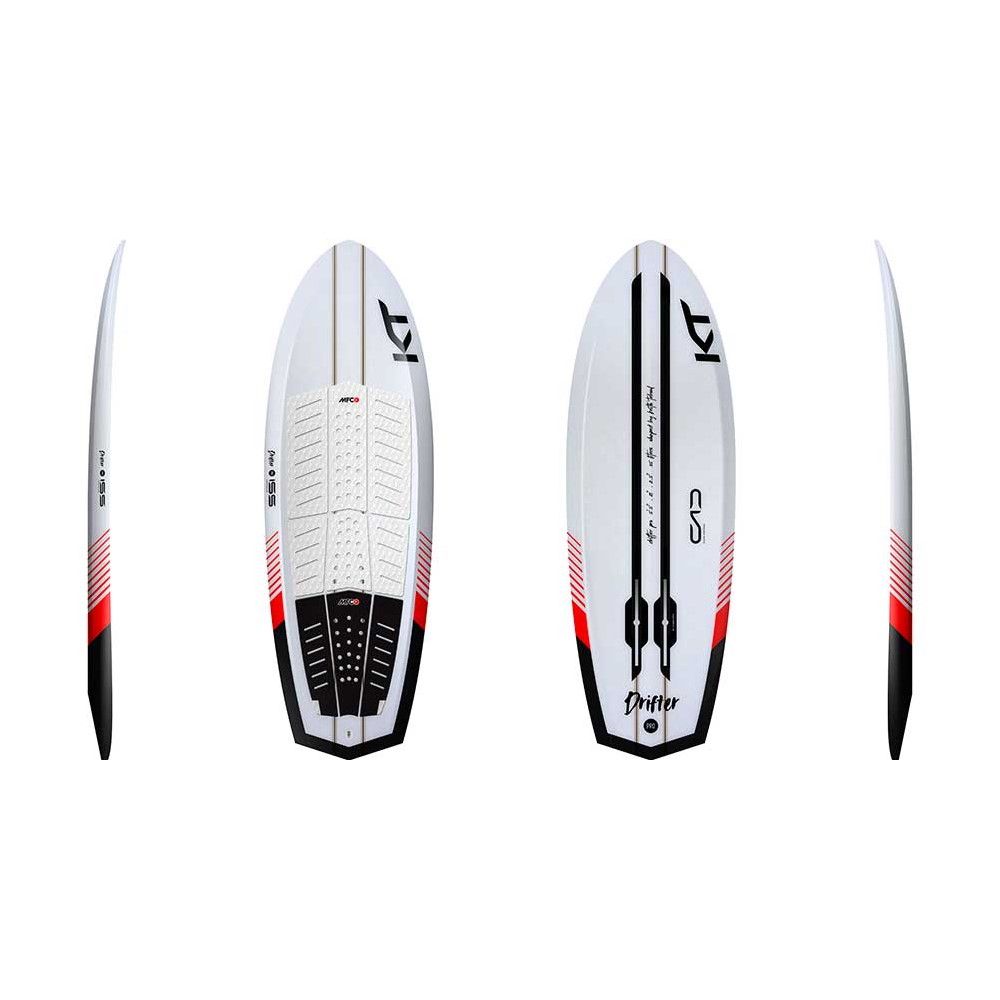 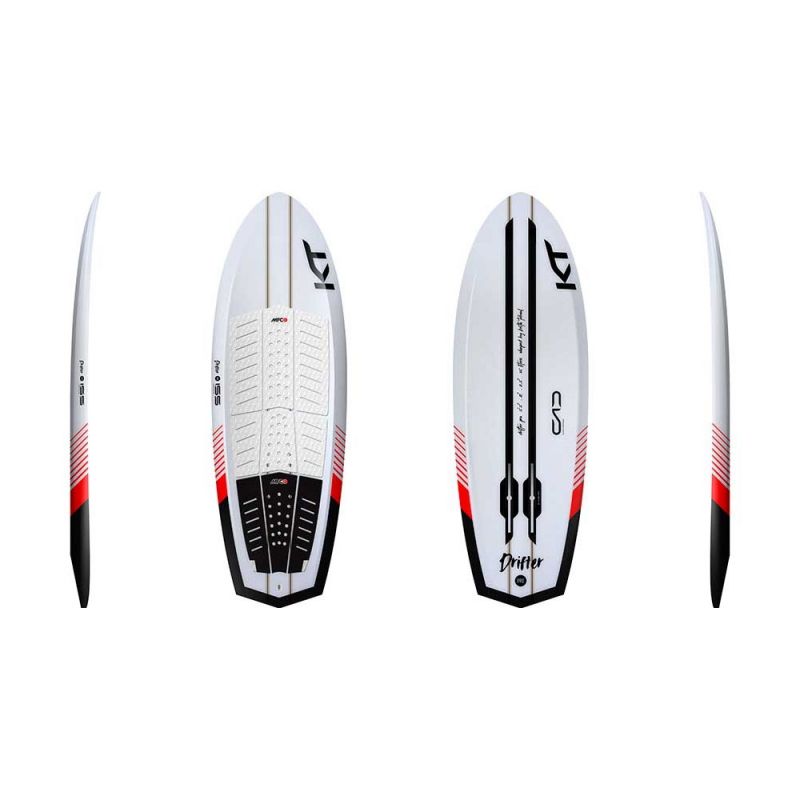 Keith Teboul: “Foiling is one of the most exciting things I have ever done in the water. In general you can ride smaller volumes than you would in surfing. I now ride 27 liters surfing but with foiling I use 24 liters. The foil helps keep the board very stable when you are paddling so it doesn’t feel small.

The Drifter Pro has a completely flat rocker where the foil is attached. The foil is at 90 degrees to the board. When foiling it creates neutral lift. These boards have a nice entry for bouncing off the water and beveled rails to bounce off when you are in turns and hit the water. The tail bevel acts the same, allowing you to ride a longer board and yet the board will not touch down in the tail and hit as quickly. The boards also have a concave deck with a kick tail that acts as a skateboard tail in that you have something to push off of when turning. It also puts your back knee in a better position to foil.

ISS, Integrated Stringer System: Dual Futures 10.75” finboxes tie directly into high density foam stringers, seamlessly connecting the base of the mast with the board, tail to nose, so wherever you step, you’re good to go, and so is your board.

TwinpairTM Carbon Exoskeleton: Literally working in melted conjunction with the ISS, these dual carbon strips finish off the highest grade flex control we’re giving these foil boards. There’s no wobbeling, no lag, no softness. These boards are as crisp and direct as it gets. Designed and engineered specifically for foilboarding, this Pro construction reflects our undivided dedication to the discipline.